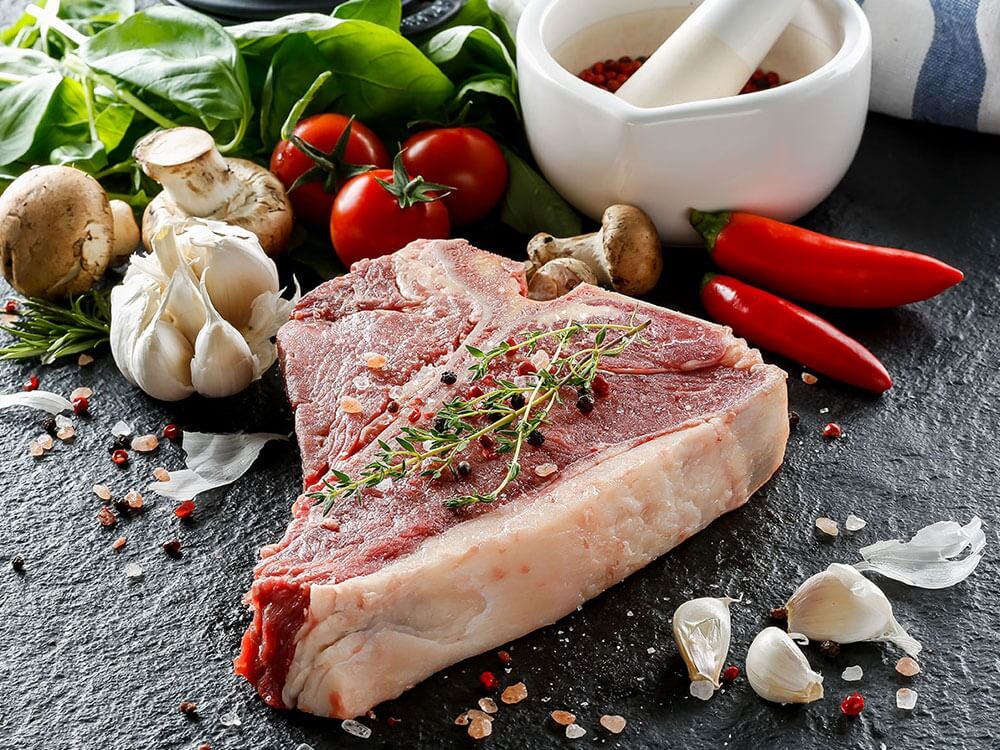 T-Bone is acquired by dividing the part calf whole strip steak and fillet steak from flank steak and 7th metacarpus.

Kg : It is sold as being weighed 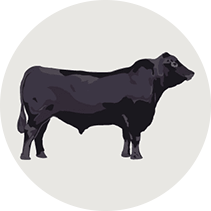 Its homeland is Scotland. The most feature of Angus race is the quality of meat. Angus race enables for more qualified meat production than other meater race. The most significant feature to be selected Angus meat is being of meat oil rate is low. While the oil rate is % 35-36 for other races this rate is about %6-7 for Angus meat. The marbleization in Angus meat (division of oil among muscle fibre) is excellent.

We can list these between the causes to be preferred Angus race rather than other races;

Meat quality: Angus meat the meat that preferred by consumers in the world with its marbleization rate, meat colour, smell, texture, flavor.

It is one of the precious race to resistant to cold and hot: Angus cattle has the feature to give calf of the highest order even if older age. With this feature even if old cows is used as brood and this feature provide big contribution to breeders.

Although Angus race is a valuable meat race for the breeders who have big and long leas; due to not to distinction of cattle in Turkey it is processed as worth other beefs, not to provide additional gain to producers. 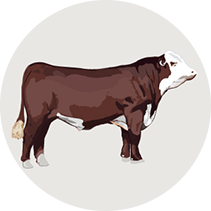 It takes its name from the region of Herefordshire valley in southwest of England. It lengthen from this valley to world after 17th century. As of 19th century it is raised countries such as Canada, USA, Argentina, Brazil, Australia, New Zeeland, South Africa and Germany.

Certainly its head, neck, front, under belly, knuckles and tail feather is white.

Also it is horned (English type) and hornless.

Feeds in opened fattening all the year.

Adapt easily against climates and have a head for.

It gets fatter easily because of having glutton structure.

The sperm efficiency is high.

The meat quality is upper-level. Its meat is soft.

It is the first selection for breeders due to several features. 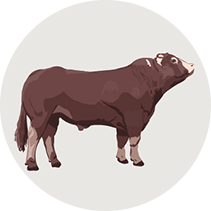 Its homeland is the region of Limousin in southwest of France. It reached its formal name in 1886. In early days it is thought for milk efficieny its meater side becomes prominent in 1900 years. “Limousin cattle society” is established in 1973for Limousin race which is camed to Ireland in 1971. According to formal data 2006 of Ireland there are 426.696 Limousin race items cattles. This also constitutes % 20 of cattle population of the country.

The colours are light colour and dark red.

It is suitable to herd due to so comfortable calm structure.

Especially the birth easiness is at the forefront .

It is so suitable for miscegenation with dairy races due to very easy birth rate.

It has thin bone structure.

It has durable stomach structure.

The feature of gaining weight is extraordinary.

Being of low-fat of meat provides being high of meat quality.

It is accepted as Top-Genetics of Europe.

The sperm efficiency is high. 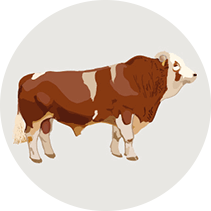 Its homeland is Switzerland and Austria . While it is called as Fleckview (Spotted cow) in time this name continues “Simmental”. Combined efficient this race (Meat-Milk) is preferred mainly due to its meater side in north and south America, Australia, several European countries and Africa.

It is assumed that yellow calfs, emerged result from the miscegenation local red and white race in 1800 years in Switzerland, are emerged result from miscegenation with local Fleckvieh in Austria. It is seen that emerging rising generation (Simmental) is more powerful and durable. Nowadays it is tired to increase dairy feature at the rate of % 5- 7.5 with miscegenation Red Holstein. It is aimed annual milk average and more consistent milk rate during the year.

Simmental race is suitable to miscegenation with other meater and dairy races. Thus born calfs are as well as more milky and meaty, provide their muscle structures. Average 42 million Simmental cows are raised in the world. This makes it the most second used race in the world. For example, it is one of the favourite races in Germany. In this country there is average 1.5 million Simmental.

Colour is yellow-white or red-white speckled.

Male and female are horned.

It has the feature of high sperm efficiency.

The motherhood instinct is high.

The adaptation ability is high.

It is the primary selection of breeders due to several features. 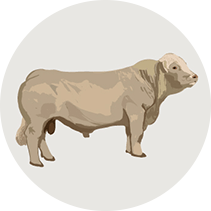 Growing of Charolais cattles race in the region Charolois of France causes to be called this name.

As well as there are called as Charolais cattle in our country in general it is known as its reading.

After proliferation artificial insemination it is began to be had frozen imported from abroad Charolais race sperm in our country. It is known that some breeds made bull seed to cows they had even they are minority.

The number of Charolais cow is minute amount in our country. It is known that some curious breeders grow even a little Charolais cow. However it is minority.

Outer view and other features of Charolais race:

2- There are also horned and hornless one in Charolais race.

3- Charolais cattle is known with its applicable to all kinds of weather conditions.

5- The oil rate in its meat is low as a feeder cattle. This is also a wanted feature for the meat.

6- The meat quality of Charolais bull is high.

7- Charolais cow has long life. 10-12 birth can be taken with good care and feeding during their lives.

It is known that adult Charolais cow is average 800 kg. as live weight sometimes it is extreme there are also passing 1000 kg.

The efficiency for Charolais race cattle:

Due to Charolais race is meater as efficiency it is thought rather as feeder cattle. For Charolais cattle Charolais bull provides live weight increase 1.100 with 1.300 gr daily.

Charolais cow does not quite provide. The milk efficiency is minute amount. The sperm efficiency is lower than other cattle races. The efficiency for meat is %70. This feature is a sufficient situation for feeder cattle.

The raising of it is restricted due to the low of sperm efficiency in several countries of the world and not being too much milk efficiency of Charolais cow.